Joe Biden’s recent Quinnipiac Poll approval rating plummeting to 38% is not surprising. What’s surprising is that 38 percent of Americans approve of this buffoon.

After nine months of his chaotic presidency, what’s to approve? Afghanistan is now a country led by terrorists with an international airport to fly mass murderers armed with $80 billion in American weapons around the world; the U.S. suffers from raging inflation; crime is rampant and increasing at unprecedented levels; the southern border is wide open with Covid-infected illegals, drugs and criminals pouring across; police departments are being defunded and bail reform is dumping criminals back onto the streets; vaccinations are being mandated whether they’re needed or not; there’s no infrastructure funding; the DOJ is targeting local PTA members as domestic terrorists; Americans are dependent on foreign oil again; radicals are running various agencies and totally incompetent “diverse” cabinet secretaries are in charge. And Covid? More kids in Chicago have been killed by gunshots so far in 2021 than have died of Covid in the entire U.S.

Joe Biden’s “Build Back Better” toolbox contains only one device – a sledge hammer. America can’t handle any more of his “building” skills. An invading army couldn’t do more damage to our society than the Biden administration.

One of the first moves the string-pullers operating the Biden puppet made after the January inauguration was to stop construction of the Keystone XL Pipeline, halt more drilling on federal lands, and limit fracking.

Until Biden, the U.S. was energy independent, gas prices were at a 20-year low, and America was one of the top three exporters of oil in the world. As a result of the Biden administration’s policies, energy prices for Americans are soaring, with gasoline more than a dollar a gallon higher than a year ago.

Transportation firms that depend on gasoline to move products are raising prices to cover their soaring costs. As a result, prices in grocery stores and all other retail outlets are increasing faster than Joe Biden’s cognitive abilities are deteriorating.

Climate change is a fraud fronted by 18-year-old Greta Thunberg, a kid from Norway who Norwegians with ice cubes for brains are considering for a Nobel Prize. How’d this Nordic nitwit get her hands on one of the levers of America’s economic engine? Is she also trying to shut down the incredibly productive oil fields on Norway’s continental shelf in the North Sea?

America was energy independent just 10 months ago. Now Biden had to call OPEC and implore them to crank up production and we’re paying their sky-high prices.

China, Russia, and the OPEC countries should do whatever they can to perpetuate the myth of climate change and court the Democrat’s Norwegian teenage surrogate. It’s incredibly profitable for them as they can burn all the fossil fuels they want while the U.S cuts back, slowing our economy, weakening our military, and earning our enemies generous profits.

In addition to its insane energy programs, the Biden administration is attacking the economy in other ways. In the $3.5 trillion Biden Build Back Better blow-out bill there’s a proposal to raise the top corporate tax rate to 26.5%. According to the Tax Foundation, this would give the United States the third highest average corporate tax rate among developed nations, behind Colombia and Portugal.

When told that this tax would force corporations to raise prices that consumers pay for their goods and services, the brilliant economist Jen Psaki said: “That would be mean and inappropriate.”

Biden’s pals also want to rifle through every American bank account that has more than $600 in it. That means everybody. That’s on top of their plan to give the IRS billions for increased enforcement and increase the number of IRS agents.

At this point, the only folks standing in their way are two Democrats: West Virginia’s Senator Joe Manchin and Arizona’s Senator Krysten Sinema.

Why don’t these two change parties and become Republicans or Independents? Wouldn’t voters in their states be relieved? By sticking to their principles so far they’ve saved the country from Marxist ruin. And they’ve made Nancy Pelosi and Chuck Schumer look like the schmucks they are.

By insisting that the infrastructure bill and “Build Back Better” monstrosity be voted on together, the Democrat Party’s Marxist radicals are saying they won. What did they win? Their prize is a Democrat Party in ruins. Pelosi and Schumer are buried in the wreckage. They’re done. Their legacy is the smoldering debris of their party. The barbarians led by Marxist loonies AOC and Bernie Sanders crashed through party gates, plundered, and pillaged, and left their party in the same shape as Biden did Afghanistan.

And Biden? He’s impotent and worthless, sitting in the Oval Office slurping cups of pudding, awaiting instructions from the Barack Obama and George Soros cabal that actually run his presidency. He can’t solve problems because he is THE problem.

Based on Senator Manchin’s latest comment he appears to be one of the sanest Democrats in Washington criticizing the gigantic Build Back Better blow out bill saying that the $3.5 trillion plan is “fiscal insanity” and must be geared toward “what we need and can afford – not designed to reengineer the social and economic fabric of this nation or vengefully tax for the sake of wishful spending.”

For the sake of the country, let’s hope he doesn’t bend to pressure from the Moe, Curly and Shemp trio of Biden, Schumer and Pelosi, and that America can hold on until the 2022 midterm elections when we get our country back again. 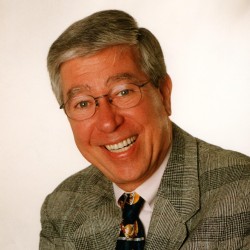