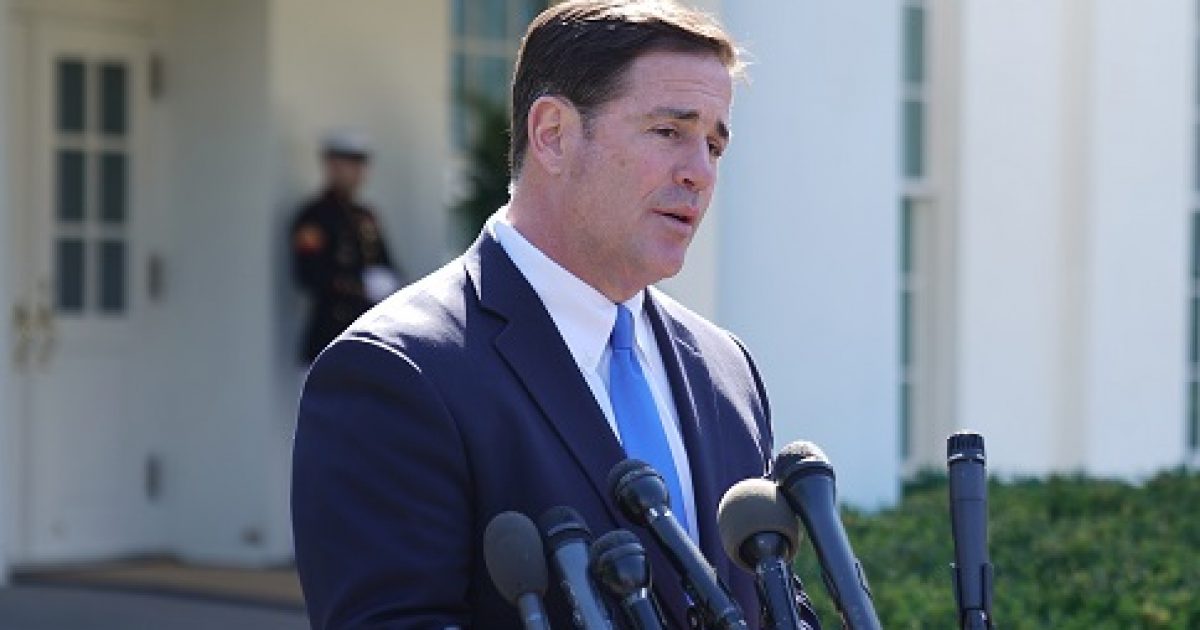 A group of GOP governors is heading to the Tex-Mex border later this week to announce a new security initiative aimed at halting what they see as an unsustainable flow of illegal immigrants into the country in the absence of real enforcement efforts from the Biden administration.

The governors have scheduled a news conference in Mission, Texas, alongside Lone Star State Gov. Greg Abbott, also a Republican, on Wednesday to reveal a new 10-point security plan for the border, according to The Associated Press.

The AP was tipped off to the event by C. J. Karamargin, a spokesman for Arizona Gov. Doug Ducey, who confirmed that his boss was traveling to Texas on Tuesday to join seven other Republican governors.

Republicans have been critical of the Biden administration’s border and immigration policies after a record number of migrants have crossed illegally into the U.S. since the president was inaugurated in January and reversed many of President Donald Trump’s policies on his first day in office.

Ducey and 25 other GOP governors sent President Biden a letter last month asking to meet with him to discuss border security issues, but his office says that the president hasn’t responded.

“The months-long surge in illegal crossings has instigated an international humanitarian crisis, spurred a spike in international criminal activity, and opened the floodgates to human traffickers and drug smugglers endangering public health and safety in our states,” the governors wrote in their letter.

They noted that illegal crossings had increased by several hundred percent over the previous year while blasting a “lack of federal action” on the problem. They called on Biden to “take action to protect America, restore security, and end the crisis now.”

“We must end the current crisis and return to border operations that respect the laws of our land and the lives of all people, including those in our states looking to the federal government to enforce and protect our nation’s borders,” they wrote.

Other governors have pushed back on the administration over the issue of illegal immigration in other ways.

In August, Florida GOP Gov. Ron DeSantis demanded the administration stop resettling migrants in his state because doing so undermines efforts by state and local law enforcement officials to ensure that “criminal aliens are not released back into our communities.”

In a letter to Department of Homeland Security Secretary Alejandro Mayorkas, DeSantis said his department “appears to be hard at work resettling ever larger numbers of illegal aliens who have no lawful status under federal immigration law from the southwest border to Florida.”

“I ask that DHS immediately cease any further resettlement of illegal aliens in Florida and that the aliens instead be removed from the United States or resettled in states that support the administration’s continued flouting of our immigration laws,” the governor wrote.

“Floridians welcome responsible immigration that serves the interests of Florida and the American people, but we cannot abide the lawlessness that your department is aiding and abetting on the southwest border,” he noted, adding that to that point 6,254 unaccompanied alien minors had been released in Florida.