The headline may seem a little strong, but it will become apparent as the story unfolds. I could have chosen many things that would demonstrate what appears to be President Biden’s need to punish our country and, more importantly, the citizens. I decided that there is one thing that affects every household in America regardless of income or financial status. The destruction of the  American oil industry.

On January 20, 2021, with the stroke of a pen, President Biden began the process of destroying the American oil industry. His objective was to replace oil with wind and solar. That decision showed the lack of understanding of all the other things we use oil and natural gas to produce. Most plastic is made from natural gas in the US. The resin producers simply take what they want from the natural gas pipeline and put the rest back. Probably the pen President Biden used to diminish the oil industry was made from natural gas. The ink in his pen also probably came from oil.

As you can see the price of crude oil has increased 127% since the day Joe Biden was elected. On his first day in office, he signed the Executive Order on “Protecting Public Health and the Environment and Restoring Science to Tackle the Climate Crisis, subsection 6,” canceling the Keystone Pipeline. The President was in office a matter of hours, and he attacked the oil and gas industry. His logic was faulty. He began to destroy an industry, and he had nothing to replace it.

If you want to replace oil, you best have a replacement ready to take over before you shut off the flow. A more intelligent solution would have been to use the executive order to transition to alternative energy to minimize the disruption of the supply of energy during the transition. The magnitude of the executive orders to buy solar and wind energy, and electric cars reminds me of a child in a candy store with a pocket full of money wanting to buy everything in the store. Biden was also obsessed with reversing as much of the Trump agenda as quickly as possible. He had total disregard for what was necessary to move in a different direction, he just had to move. It seems to me that he was more interested in dissolving the programs and policies of former President Trump than thinking about their dissolution’s impact on Americans. President Biden does not believe that the American people can make decisions about what is best for themselves.

If we look at the actions of some of the people selected to hold significant cabinet positions, many of their actions demonstrate their belief that they know what is best for the people without asking the people what they want. The first 9 months of the Biden administration is full of examples of people moving too quickly without thinking things through, along with the wrong people making the decision.

A good example is the withdrawal from Afghanistan. The state department was in charge of the retreat, and they removed the military and left behind a lot of arms. The Times of London reported that $85 billion in arms were left behind. The US simply abandoned a truly astounding amount of military equipment and weapons. This reportedly included 22,174 Humvee vehicles, nearly 1,000 armored vehicles, 64,363 machine guns, and 42,000 pick-up trucks and SUVs. So, too, the list of allegedly abandoned weaponry includes up to 358,530 assault rifles, 126,295 pistols, and nearly 200 artillery units. The Taliban will likely inherit state-of-the-art military helicopters, warplanes, and other aircraft from the US. A Daily Signal headline read, “Retreat From Afghanistan Makes Taliban Best Armed Islamist Group on Earth.” Some of the weapons will be used by the Taliban, and a great many of the arms will be sold to other terrorist groups to raise money to support the army and carry out attacks throughout the middle east and perhaps against American targets. How the planners from the state department walked away from $85 billion in arms is beyond me. I can’t believe that it was an oversight. Perhaps it was a lack of experience on the part of the leadership of the department. The ineptness of the people shows their lack of knowledge. Biden needed to have his leaders gain more experience before making such an important decision. The Biden team needs to understand that just because you think something should be done doesn’t mean you know how to do it. 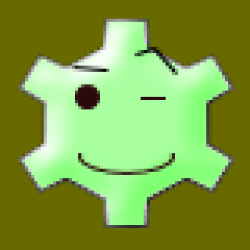 Dan Perkins
Dan Perkins is a published author of 4 novels on nuclear and biological terrorism against the United States and is a current events commentator for over 20+ news blogs. He recently has had commentaries posted on Medium, Conservative Truth, and Newsmax among others. He appears on radio and TV regularly many times a month. Dan’s newest show is called “America’s Cannabis Conversation,” on the W420radionetwork.com. His latest entry into communications is his Podcast, “What’s on My Mind?” It can be heard on SoundCloud. Look for the name of the show or Dan Perkins.More information on Perkins can be found on his web site: danperkins.guru