In a previous article, I lamented that “the craziest thing I ever heard” has become an everyday experience. Some of the crazy ideas cited in that article are: math is racist; the rise of cancel culture; the twisted notion that you are guilty until proven innocent; whites being forced to confess their racism; arbitrary limits placed on free expression; opening the borders during a pandemic.

Sadly, the list of crazy ideas has been growing exponentially.

Let’s begin with this one: the Biden Administration wants to give $450,000 to illegal aliens who have been separated from their children. Biden first denied it, now he supports it. A single family could receive more than a million dollars. Giving away taxpayer money to people who broke the law—explain to me how that is not crazy.

Here’s another whopper: Democrats want to pay criminals not to commit crimes. No, I’m not joking. A new San Francisco initiative will be paying $300 per month to ex-criminals to become “public safety ambassadors” in hopes of decreasing gun violence and crime.

New York City is not about to be outdone. With the approval of Mayor de Blasio, the city has begun a pilot program that will pay criminal offenders $1,000 per month for good behavior. Sounds like a great idea, if you are a hoodlum. How can I qualify—do I have to hold up a drug store?

Another plan has been proposed in New York where crime victims would be held responsible for helping their attackers in the name of “restorative justice.” If you are beaten up, you would sit down with your attacker and work out a plan to prevent future attacks. The plan, according to the New York Post, “would strip cops and courts of some of their most basic law enforcement roles—like sending violent perps to prison.” Sounds like a bad movie.

“This is insane,” fumed a New York City Council member. “If they get their way, New York City will have to build more prisons just to house and keep law-abiding citizens safe from the criminals that sleepy wokers want to be free to roam our communities.”

One of the craziest ideas to land in the political arena is the accusation by the Biden Administration that Trump supporters are guilty of insurrection. House Speaker Nancy Pelosi has referred to President Trump and his Republican colleagues as “domestic enemies” and “enemies of the state.” ABC News Political Director Rick Klein called for the “cleansing” of Trump supporters. PBS Chief Counsel Michael Beller thinks that Homeland Security should take children of Republican voters away from them and put them into “re-education camps.” This constitutes nothing less than the weaponization of the federal government against Biden’s political opponents.

Biden seems to have a talent for selecting bureaucrats who entertain crazy ideas. Transportation Secretary Pete Buttigieg thinks that highways are racist. Racism, he says, has historically played a role in the layout of America’s cities. Buttigieg has argued that highways have forced out black and brown people from white neighborhoods.

“If an underpass was constructed such that a bus carrying mostly Black and Puerto Rican kids to a beach was designed too low for it to pass by,” Buttigieg said, “that obviously reflects racism that went into those design choices.”

“To me,” said Florida Gov. Ron DeSantis, “a road’s a road.” Tucker Carlson agreed. “Roads can’t be racist. You can’t build racism into a road,” said Carlson on his Fox News TV show.

“They are inanimate objects. They are not alive. Roads can’t be racist any more than toasters and sectional couches can be racist,” Carlson said. “That seems obvious, but apparently Pete Buttigieg didn’t know it. Maybe he did know it, but he was afraid to say it.”

Another Biden nominee wants to bankrupt the entire energy sector and she is not afraid to say it. Saule Omarova, Biden’s choice to lead a branch of the Treasury Department, said that she supports the idea of oil and gas companies going bankrupt in order to combat climate change. Then the federal government could “take over management of those companies,” said Omarova, whose childhood in the old Soviet Union seems to have gone to her head.

Sen. Ted Cruz called Omarova “a grave threat to our economy. She wants to destroy energy independence, wants to nationalize consumer banks, and she has called to effectively end banking as we know it,” Cruz said.

And, finally, try this one on for size: Oregon’s governor signed a bill to make students who can’t read eligible for high school graduation. Reading, I suppose, is also racist. The reason given for the bill: it will help minorities. The reality: dumbing down the country won’t help anyone, least of all minorities.

Our country needs a revolution against these crazy ideas. We need more people who are opposed to insanity. The problem is that millions of American voters have lost their ability to see through obvious nonsense.

When asked why this is so, economist Thomas Sowell offered a shocking response: “Nonsense,” Sowell said, “has become a large part of the curriculum of our educational institutions.” Liberal professors at Harvard, Princeton, and Stanford are teaching nonsense to an entire generation of students. And that is just plain crazy.

Ed Brodow is a conservative political commentator, negotiation expert, and author of eight books including Tyranny of the Minority: How the Left is Destroying America. He is a former US Marine officer, Fortune 500 sales executive, and Hollywood movie actor. 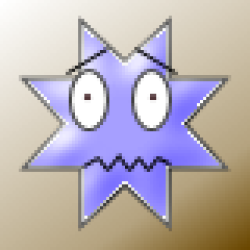