At least one Democrat is starting to see the light in California.

“It shouldn’t take a Super Bowl to connect people to services and clean our streets. We need leaders that address the homelessness crisis 24/7, 364 days out of the year,” the L.A. mayoral candidate said of the big game that will be aired on February 13, 2022 at SoFi Stadium in Inglewood, California.

Buscaino has vowed to make the county’s vast homelessness problem one of his top priorities, calling the crisis both an “embarrassment” and a “disaster.”

The Dem candidate has proposed a ballot measure that vows to cut salaries of officials who don’t find suitable places for people living in ‘tent cities’ and on the streets, Fox reported.

“We are going to have some benchmarks. If council members, mayor, city attorney don’t meet certain benchmarks by connecting people to housing and services, we will dock their pay,” Busciano told host Steve Doocy.

Buscaino’s plan would make temporary housing shelters a top priority while banning homeless encampments in LA. The candidate promises zero homelessness within three years if given emergency powers for land use authority as mayor, according to Fox.

Many Los Angeles officials jumped aboard the Black Lives Matter snd Defund Police bandwagon with the addition of District Attorney, George Gascón, who was endorsed by Kamala Harris, and the L.A. Democrat Party. Gascón has come under fire for refusing to prosecute criminals in cases of violent crime.

“Open drug use, crime, enough is enough. … People are dying in our streets and half the fires the fire department is responding to are encampment-related,” Buscaino said, endorsing the recall of  Gascón.

“The message is being sent to the criminal element on the street: do crime and get away with it.”

The decline of America’s cities is noticeable worldwide. Even El Salvador President, Nayib Bukele, took to social media on Monday to question the motives behind allowing American cities to decline.

“Is there a deliberate plan to destroy the United States from within?” Bukele wondered on Twitter. “Why are they allowing their beautiful cities to rot?”

Is there a deliberate plan to destroy the United States from within?

Why are the authorities and some of the media not even commenting on this things?

Why are they letting their beautiful cities rot? https://t.co/whGKTEKN1J

While it takes an event seen by millions worldwide to get a Democrat candidate in California to mention that homelessness and crime need to be addressed, the outcome of the Defund Police movement was predictable from the outset.

This is exactly what the present Democrat Party has endorsed, and what Joe Biden appears to be pressing for all of America. It is the reason that the 2022 elections are so important. 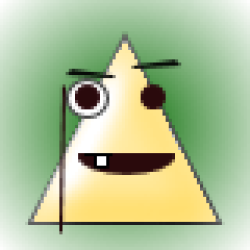