All over the United States, elected officials are acting like petty tyrants and abusing the citizens they serve. The Palm Beach County School board is one of the worst.

Last week, PBCSD chair Frank Barbieri had parent Everett Cooper forcibly removed from a public meeting and arrested for the horrific crime of standing in the back of the room.

“My name is Everett Cooper. I am being arrested for standing in the back of the room,” he pronounced as police took him away.

Everett’s wife says he was standing because of a physical problem, which she says is now worse because of the way he was manhandled.

During the meeting, board member Alexandra Ayala dared to say, “It is a privilege to address your public officials and to be in this chamber.”

Ayala is a clueless mid-twenties “progressive” who sounds like a Marxist and acts like a neo-racist. Her main accomplishment in life is being elected to the school board, with a lot of help, ironically enough, from a bunch of rich, old white guys because Ayala promised them, she was a moderate.

In May, this same school board tried to pass a Critical Race Theory resolution and said it wasn’t CRT, even though the original resolution included “dismantling structures rooted in white advantage and transforming our system by hearing and elevating underrepresented voices, sharing power, recognizing and eliminating bias, and redistributing resources to provide equitable outcomes.”

The community rose up and got this divisive and racist resolution changed. Ayala, one of the board’s tyrannical ringleaders, fought hard to keep the unneeded resolution.

Here’s a video of Ayala and Barbieri in action a few days ago.

The Palm Beach County School Board members abused their positions. They think they're bosses. They forgot “We The People” are the boss. They need to be reminded they work for the parents, taxpayers, and citizens of PBC. #Florida #palmbeachcounty @PBCSD @pbcgov @GovRonDeSantis pic.twitter.com/AJHc0iZxNg

But this isn’t about masks, vaccines, or CRT. In a way, the particular issue is irrelevant. What’s relevant is the way elected officials have been treating the people they represent with disrespect, disdain, and a Stalinesque approach to problems and dissenting opinions.

In too many cases, if you disagree with an elected official, they consider you dirt, uneducated, and part of a rabble not worthy of a hearing.

That’s not how any of this is supposed to work, but it won’t stop unless we the people, stand up and fight this new threat to our freedom by any legal means at our disposal.

I intend to do my part. Together, we can stop these petty tyrants. 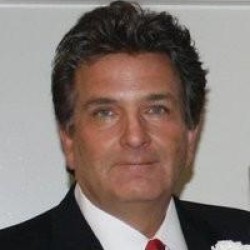 Jack Furnari
Jack Furnari is a founding partner of Bizpac Review, Inc. A husband, father, entrepreneur, publisher, columnist, and former political consultant, Jack is a life-long conservative activist and has been published in the Sun-Sentinel and the Boca Raton News.
admin@bizpacreview.com