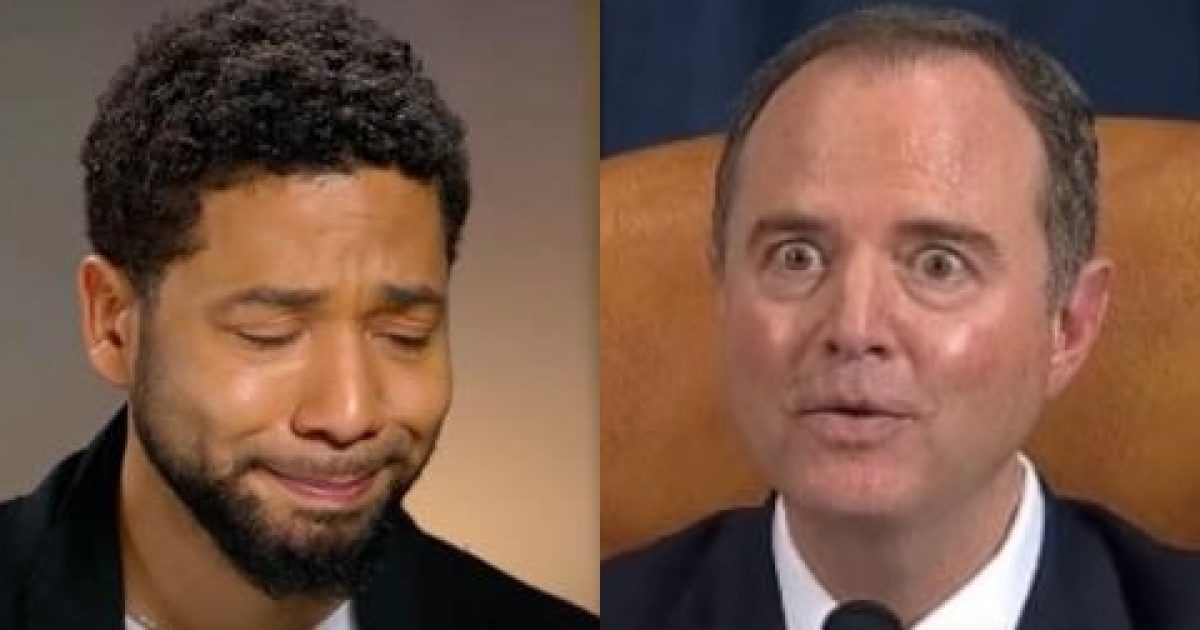 Rep. Dan Bishop (R-N.C.) took the jab during an interview with Fox Business’ Elizabeth MacDonald after Smollett was found guilty of staging a phony hate crime against himself and then lying to police about it. He also told the same lies repeatedly to the media.

Schiff has frequently pushed debunked claims about former President Donald Trump’s 2016 campaign ‘colluding’ with Russia to influence the outcome of the election. He has also pushed the so-called “Steele dossier,” a report containing salacious claims about the then-GOP nominee Trump that have also turned out to be mostly false.

“Democrat Adam Schiff saying that even though there are many discredited claims in the debunked Steele dossier, that the [Department of Justice Inspector General] and multiple experts have said this is totally false, he’s still thinking parts of it are trust trustworthy and going after Trump,” said MacDonald.

The host went on to play a clip of the California Democrat’s latest appearance on CNN Wednesday with Wolf Blitzer, who reminded Schiff that most of the allegations contained in the dossier were discredited.

“Do you worry, Congressman, that your credibility, other Democrats’ credibility could be hurt by that?” asked Blitzer.

Schiff replied, “No,” going on to claim that Steele dossier played a “very limited role” in shaping the investigations into Trump — which is also false because the FBI relied heavily on it to obtain FISA court warrants to put Trump campaign adviser Carter Page under surveillance and then renew those warrants.

“It doesn’t change the fact that the president’s son was secretly meeting in Trump Tower with the Russian delegation to get dirt on Hillary Clinton or that others in Trump orbit were also seeking the gain of the Russian hack of the Democratic Party,” Schiff claimed.

“The Steele dossier is a nice talking point for kind of right-wing pundits, but it’s a distraction from what we did learn. What we did learn was very damning of the former president, of the Russians, and his campaign,” he added.

“It doesn’t change Donald Trump’s corrupt behavior in 2016,” Schiff said in the clip before MacDonald brought in Bishop.

Bishop added: “Adam Schiff is the Jussie Smollett of Congress. He just hasn’t had his trial yet.”

Then-Rep. Mark Meadows (R-N.C.), who went on to become Trump’s chief of staff, told Fox News’ Sean Hannity in July 2019, “Not only do we know that the dossier was unverified, but most of the dossier was false, but they continue to spy on an American citizen and use that information as if it were credible.

“It’s even worse than that, Sean. Here’s the problem: The FBI fired Christopher Steele, then continued to use him as a credible source. And now there’s head lines out there saying that Christopher Steele somehow has this verifiable dossier. Let me just tell you, that’s flat-out false,” he said.