The Federal Government has reached the limit on borrowing.  Congress has set that limit at $31.4 trillion, which was reached last week. Treasury Secretary Janet Yellen said she can take “extraordinary measures” which simply means she will rob Peter to pay Paul.  That will avoid a crisis until late spring.  Eventually the debt ceiling will have to be increased.

The reason is that the President is a Democrat, the Democrats control the Senate, but the Republicans control the House of Representatives.  It looks like the Dems want a “clean” bill that just increases the debt limit with no conditions while the GOP will only raise the debt ceiling if there are spending cuts.  The President, rather foolishly, says he won’t negotiate.

If a compromise cannot be reached, the government cannot incur more debt.  Contrary to some of the rhetoric that does not mean the US will default on its obligations.  Rather it means that the government will only be able to spent the amount it receives in revenue.

Roughly, the federal government takes in, on average, about $400 billion in tax revenue monthly.  The problem is that the government spends about $500 billion monthly.  That means the deficit is $100 billion per month or $1.2 trillion for the year.

If the debt ceiling is not raised, monthly spending will have to fall to $400 billion.  That means Social Security, Medicare, other entitlement and essential programs will still see funding.  The interest on the debt which amounts to about $40 monthly will be paid.  So, no default will occur.

You may wonder how the US got into this current dilemma.  How did the US ever accumulate $31.4 trillion of debt?

The answer is simple.  In 65 of the last 69 years the federal government has deficit spent.  To finance the deficit 10 year or 20 year bonds are sold.  Interest is paid annually.  What happens when the bonds mature and must be repaid?

Since the government continues to deficit spend, there are no funds available to repay the bonds.  So, the federal government simply sells new bonds to pay of the matured bonds which means the debt is simply rolled.  The result is that the debt just keeps growing.

Most economists say that if the total public debt is less than one year’s GDP, the debt burden should be manageable.  GDP today is about $24 trillion so the debt is about 130% of GDP.

There are two problems with that high debt. One is that the annual interest payments are approaching $500 billion.  As the debt is rolled over, the 1% to 1 ½% bonds will be paid by issuing bonds at 3% to 3 ½%. That means, even if no new debt is added, the annual interest payment will approach $1 trillion, a very heavy burden for future generations.

The Dems say spending must be increased to pay for social injustice programs, help the needy and to fight climate change. The GOP says we simply cannot continue to spend at the projected levels which would lead to annual deficits exceeding $1 trillion well into the future.

The Dems want to raise taxes on the wealthy to cover the increased spending.  The GOP says that will destroy capital formation making the capital shortage worse.

The debt is a huge hole that Americans have dug for themselves.  Any rational person would say that the first thing to do if you find yourself stuck in a deep hole is to stop digging. 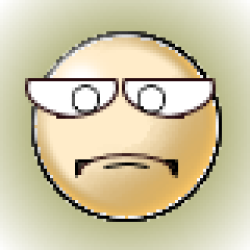 Michael Busler
Dr. Michael Busler, Ph.D. is a public policy analyst and a Professor of Finance at Stockton University where he teaches undergraduate and graduate courses in Finance and Economics.