The widow of a late ABC producer who was arrested for leaving her infant children alone prior to her husband’s sudden passing attempted to explain her “poor decision” in a statement Monday.

Dax Tejera reportedly died of a heart attack on Dec. 23 while he and his wife Veronica Tejera had been a block away from The Yale Club, located near New York City’s Grand Central Terminal. As previously covered, shortly after the executive producer for “This Week with George Stephanopoulos” had passed, Tejera was arrested for “acting in a manner injurious to a child,” after NYPD had been summoned to the couple’s room at The Yale Club where their five-month- and two-year-old daughters had allegedly been left.

“We had two cameras trained on my children as they slept, and I monitored them closely in the time I was away from them,” the widowed mother expressed in a statement, the Daily Mail reported. “While the girls were unharmed, I realize that it was a poor decision.” 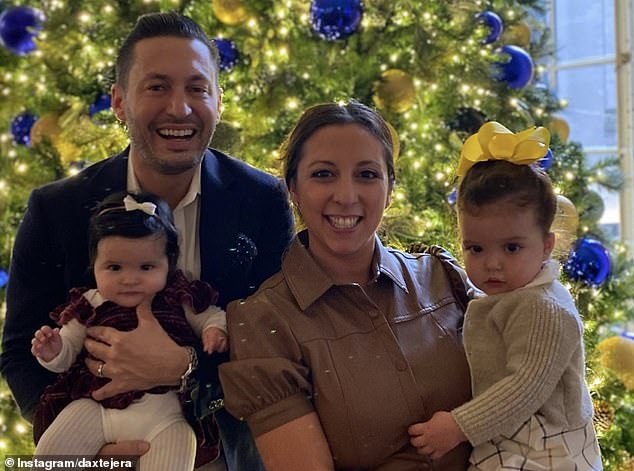 “I asked both a close friend and my parents to rush to my children’s hotel room to attend to them as I monitored them by camera. The hotel would not allow my friend in and instead called the NYPD,” Tejera continued.

As it happened, an NYPD spokesperson had said the police received a call about “unattended children” at the exclusive club which has nearly 150 guest rooms and the investigation found the infants “were left alone inside a hotel room for an extended period of time.”

Following her arrest, Tejera was given a desk ticket appearance permitting her to return home with the expectation that she present herself at criminal court at a future date.

“My family and I are devastated by Dax’s sudden passing. He has left behind a heartbroken family, and two daughters he loved with all his heart,” her statement continued and she added, “Our family has suffered a terrible tragedy. I respectfully ask for privacy while my children and I mourn Dax’s death.”

The unexpected passing of the ABC producer wasn’t the only loss suffered by the Disney-owned organization as San Diego, California affiliate ABC 10News had reported the death of morning show producer and 28-year-old mother Erica Gonzalez.

“Gonzales was a creative and passionate person who not only served our viewers, but her country as well,” the station said after her death. “The three biggest loves in her life were her family, the flag and the Friars.”

The untimely passing of two individuals with no reported preexisting conditions naturally led to speculation that the deaths may have been linked to an adverse reaction to the network’s mandatory COVID shot policy.

Similarly, as Buffalo Bills safety Damar Hamlin remained in critical condition after collapsing during his team’s Monday Night Football matchup with the Cincinnati Bengals, many couldn’t help but wonder if the shocking incident could have been avoided.