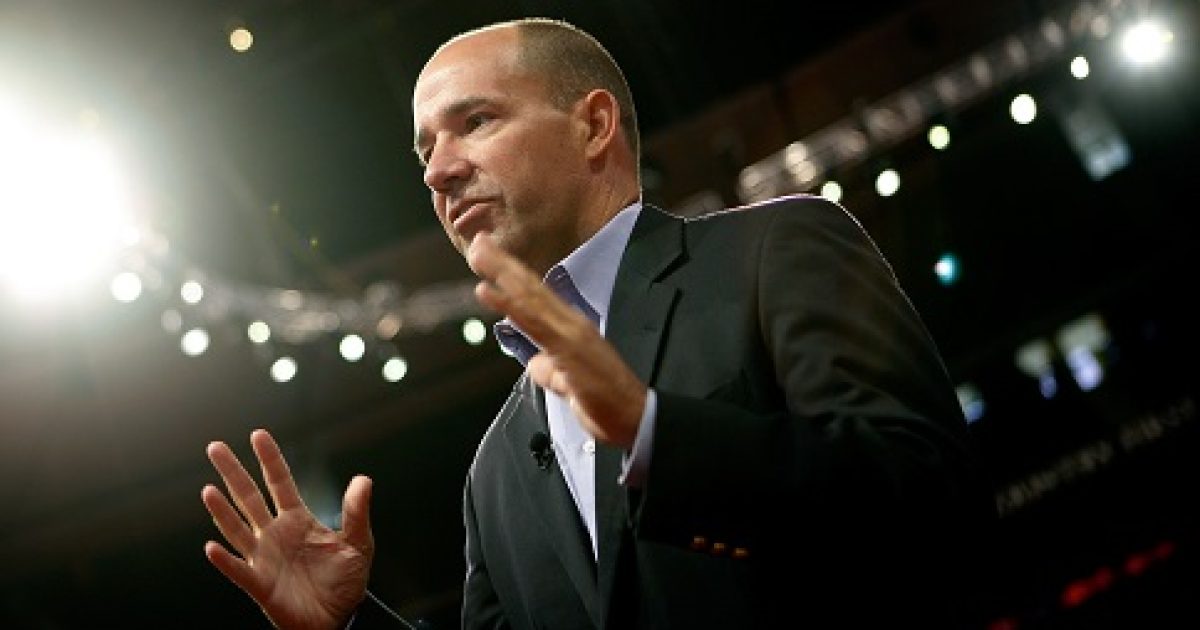 Matthew Dowd, who served as the chief strategist for President George W. Bush’s 2004 reelection, announced Tuesday he is ending his bid to become Texas lieutenant governor because the candidate field has become more “diverse.”

“A diverse field is now emerging in the Democratic primary for this office,” Dowd said in a statement via Twitter. “I do not want to be the one who stands in the way of the greater diversity we need in politics.”

Important news. I am ending my campaign for Lt. Governor of Texas. Now that the race is emerging in a more diverse way, I have made the decision from a place of integrity to step back. see attached release. pic.twitter.com/SOl8ZJJFnz

Dowd, 60, was also an operative who worked for former California Gov. Arnold Schwarzenegger’s 2006 reelection before becoming a political analyst for ABC News in 2007. Like many in the Bush orbit, Dowd went on to become a very vocal critic of then-President Donald Trump.

He jumped into the Texas race two years after writing an op-ed for ABC News in which he argued that “white male Christians” should bow out of political races in favor of allowing more diverse candidates to do so.

“As a white male Christian in America, I am part of a dwindling subset that has held the levers of power politically and economically in nearly every field for the entire history of the United States,” Dowd wrote in the column, which was published Sept. 30, 2018, adding:

And though my Irish Catholic ancestors had to push to get a seat at the table, we are still a part of this dominant power group. Yes, the halls of power have slowly let in some people of color, women, people of a different faith, and people of a different sexual persuasion. But white male Christians still dominate the rooms where most decisions are made.

This must change in a much more dramatic way.

“Instead of waiting for the diverse population of America to keep pushing and prodding, I would humbly suggest that we as white male Christians take it upon ourselves to step back and give more people who don’t look like us access to the levers of power,” Dowd continued.

“We as white male Christians should do what real leadership demands and practice a level of humility which demonstrates strength by stepping back from the center of the room and begin to give up our seats at the table,” he added.

But nearly two years to the day later, Dowd jumped into the Texas lieutenant governor’s race, though he said in his Tuesday statement that he only did it then because the sole declared candidate “was a white male Christian” — incumbent GOP Lt. Gov. Dan Patrick, who is running for reelection.

After a more diverse field of candidates filed, Dowd declared that now is a good time to follow his previous advice.

“I have always strived to be a person of integrity by living the values I espouse,” he said in his statement. “Us white male Christians need to step back and give others room to lead.”

Dowd did say, however, that he would not be leaving aside politics in their entirety, noting that he’ll continue to back those “who step forward to serve the public with integrity.”

“I will continue to speak out on democracy and help elect servant leaders with common sense and common decency who believe in the common good, up and down the ballot, in Texas and across the nation,” Dowd noted.

Before he announced his bid, Dowd deleted about 175,000 tweets or about 90 percent of the total number he had sent since first logging on.

“Dowd, the Democrat-turned-Republican-turned-independent-turned-Democrat, often shares his anti-GOP opinions on Twitter,” Fox News reported, adding that many of them were controversial and anti-GOP.

In February, he tweet a picture of a deadly vehicle pile-up in Texas to try and mock Trump’s impeachment team.

“I saw this picture in the news today. I didn’t read the story. Was this picture one of trumps [sic] impeachment defense team presentation?” Dowd wrote in a now-deleted tweet.