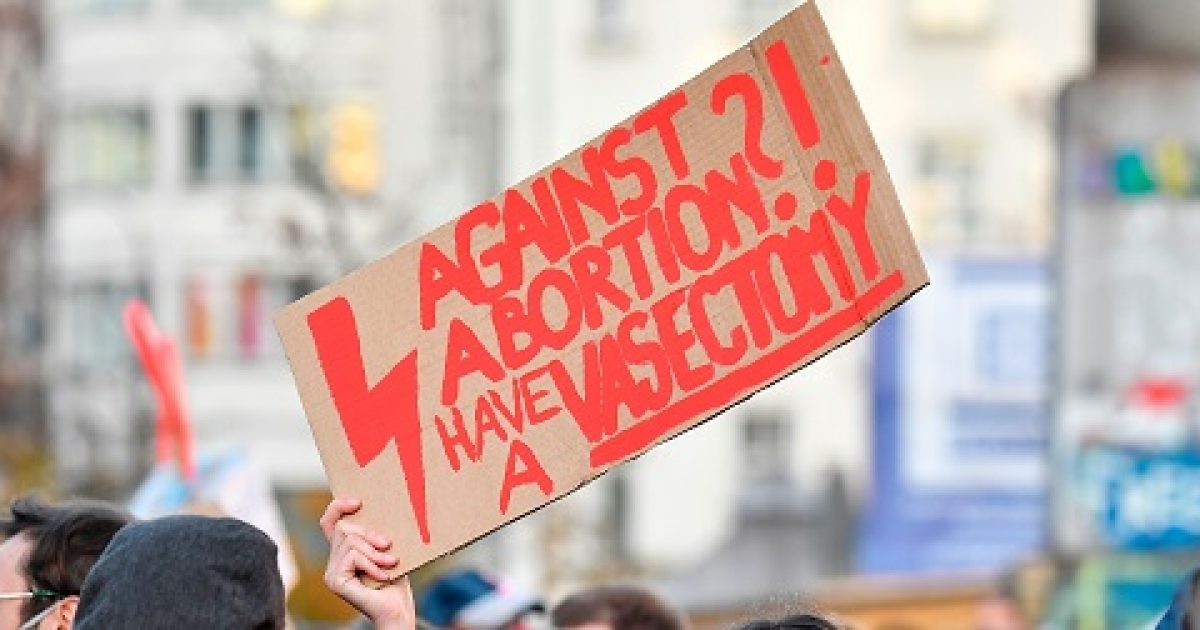 Men in Texas are increasingly getting vasectomies in protest of the state’s abortion law which bars the procedure after fetal heart tones are detected, or about six weeks into a pregnancy.

A Lone Star State doctor who performs the male procedures said that he has seen a 15 percent increase in vasectomies as men seek to push back on the law, which was recently upheld by the U.S. Supreme Court.

Dr. Koushik Shaw, whose practice is with the Austin Urology Institute, told the Washington Post that the increase in procedures began after the Sept. 1 ban was implemented.

He told the paper that patients are coming in and saying, “‘Hey, I’m actually here because some of these changes that [Gov. Greg] Abbott and our legislature have passed that are really impacting our decision-making in terms of family planning,’ so that was a new one for me as a reason – the first time, patients are citing a state law as their motivating factor.”

The male procedures are also increasing around the country.

In Florida, urologist Doug Stein is marketing vasectomies for men as “an act of Love” for partners and “the ultimate way to be a good man,” according to the Post.

And in Boston, family medicine physician Sarah Miller called the “trend” a “remarkable” thing regarding “the family planning community of recognizing and promoting vasectomy and birth control for men,” according to the paper.

“It warms my heart to hear men say, ‘I am so nervous, but I know this is nothing compared to what my wife has gone through,’” Stein told the paper.

Stein, along with another family medicine physician, Esgar Guarín, have even set up “Responsible Men’s Clubs” chat for men who have undergone the procedure so they can share info with others about their sexual performance in explaining how it “doesn’t take away their manhood, but in fact, makes them a better man,” Guarín said to the Post.

According to the Cleveland Clinic, vasectomies are more than 99.9 percent effective in preventing pregnancies. Also, in most cases, they can be reversed. A half-million of the procedures are performed annually in the U.S., the UNC School of Medicine notes.

Demographers in the U.S. are increasingly concerned about the country’s declining birth rate, which fell again last year by 4 percent, marking a historic low of just 3.6 million babies born.

According to Centers for Disease Control and Prevention data cited by the BBC, last year the fertility rate in the U.S. was roughly 56 births per 1,000 women, the lowest on record and around half of what the birth rate was in the early 1960s.

Demographers and other experts say the trend, if it continues, will challenge the very existence of the country.

“On average, every woman of child-bearing years has to birth at least 2.1 children in order for the population to replace itself,” Adina Batnitzky, an associate professor of sociology at the University of San Diego, told Yahoo Life. “The United States is presently moving below replacement fertility levels, which is not good for the economy.”

Pamela Smock, a sociologist and demographer at the University of Michigan-Ann Arbor, added: “We will eventually have fewer working adults caring for the elderly, which further challenges our Social Security system.”