The director-general of the International Atomic Energy Agency (IAEA) visited Tehran to discuss the inspection of nuclear sites, but the Karaj site remained closed to him.

The U.S. Secretary of State warned that the nuclear deal (JCPOA) was approaching the point of no return. The diplomats of the Troika described this situation as “vital” on the eve of the visit of the European Union representative to Iran. Its head, Josep Borrell, responsible for EU foreign policy, went to Washington to talk with Antony Blinken, warning that “time is running out.”

Several U.S. senators met with the IAEA director-general to discuss the Iranian issue, after which the pressure was turned up a notch. The U.S. Congress, Arab countries, and Israel are pressuring the White House to deny Tehran concessions. Tehran finally agreed to resume Vienna talks on November 29th.

In New York, the Iranian foreign minister demanded the release of $10 billion to start negotiations, a way of gauging the West’s intentions and willingness to bend. Such is the chaotic negotiation regarding Iran’s nuclear situation, with the Supreme Leader Khamenei in Iran dreaming of a return to the 2015 agreement and the West determined to bring other issues into the negotiations.

The 2015 agreement allowed him to sell oil and recover blocked funds. It did not hinder Iran’s regional influence or its development of missiles and allowed the multiplication of Iranian-backed militias in the region. With these elements linked to its survival, this regime cannot accept the 2021 agreement that calls for the complete dismantling of the nuclear and missile program and an end to regional interference.

According to an analyst inside Iran who prefers to remain anonymous, the regime sees these conditions as a poisonous cup; but will it be able to resist Western pressure with the explosive state of Iranian society? Will it go so far as to risk a referral to the UN Security Council with its serious consequences?

Survival Linked to Repression and Terrorism

The Iranian regime’s existence depends entirely on its repressive machine inside the country and its terrorist activities abroad. Losing any of the above will undoubtedly push the regime to the verge of collapse.

As stated in the first paragraph of the 2015 JCPOA, its purpose is to create peace and tranquility in the region and the world. The signing of the agreement did not lessen the violence and terrorist activities in the region but intensified them. Attacks on oil tankers and explosions in Saudi Arabia oil refineries are just a few examples.

By dithering, the Iranian regime wants to achieve the amount of enriched uranium needed for the bomb while gaining concessions to loosen the stranglehold of sanctions.

According to the head of an Iranian research center under former President Khatami, coordinated international pressure, economic collapse, and fears of a new uprising will force Khamenei to submit to the demands of the P5+1. Just as Khomeini finally complied with UN Security Council Resolution 598 during the Iran-Iraq war and the release of American hostages.

The Iranian regime only understands the language of force. 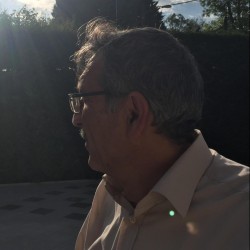