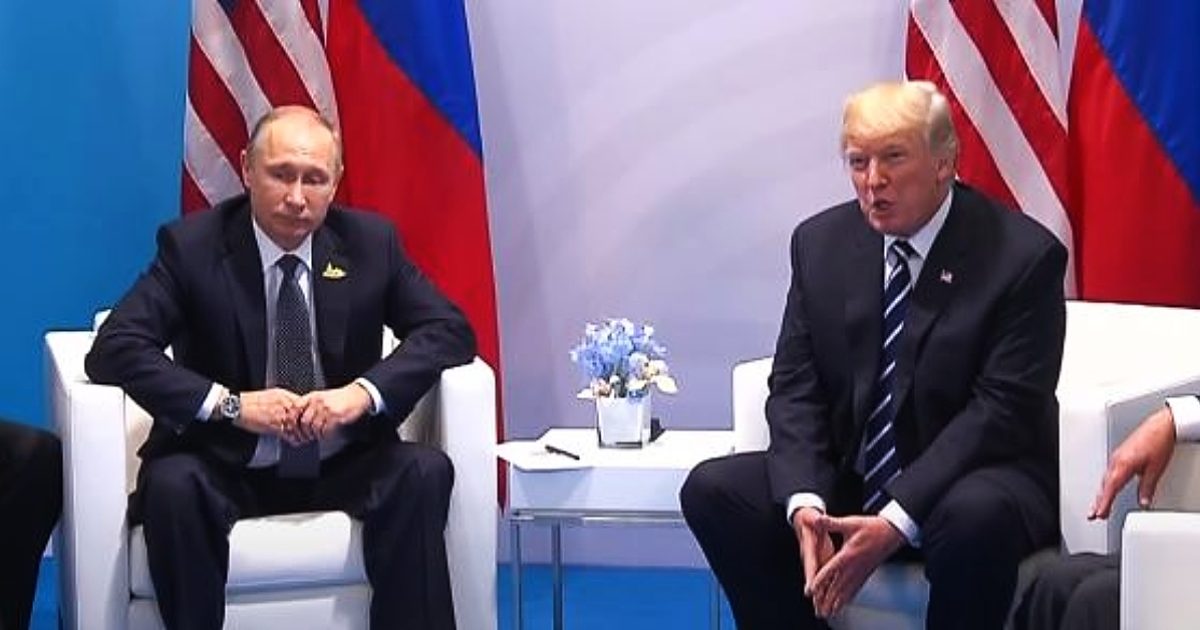 Former President Donald Trump proved once again that his critics will continue to misconstrue his comments in an effort to attack him.

Trump came under fire after his criticism of Russia and the Biden administration’s response to events unfolding in the region, getting the left worked up when he sarcastically referred to Russian President Vladimir Putin’s aggressive moves against Ukraine as “smart” and “genius” during an interview on The Clay Travis and Buck Sexton Show.

“I went in yesterday and there was a television screen, and I said this is genius. Putin declares a big portion of the Ukraine–of Ukraine. Putin declares it as independent. Oh, that’s wonderful,” Trump said in reaction to the irony. “So Putin is now saying it’s independent – a large section of Ukraine. I said how smart is that? And he’s gonna go in and be a peacekeeper. That’s the strongest peace force. We could use that on our southern border. That’s the strongest peace force I’ve ever seen.”

Portions of his comments were pulled to make headlines for left-leaning media outlets which missed the point he was making and accused Trump of lavishing praise on the Russian leader. Many reports on the interview left out the full context and the former president’s take on the “very sad” developments.

“You gotta say this pretty savvy. And you know what the response was from Biden? There was no response. They didn’t have one for that. No, it’s very sad. Very sad,” Trump said.

The former president addressed the reactions during what was reportedly a fundraiser he held at his Mar-a-Lago estate in Palm Beach, Florida.

New York Times political reporter Shane Goldmacher also tweeted comments Trump had made about the Russia/Ukraine crisis during the fundraiser.

Trump waded back into the Putin is “smart” territory:

“I mean he’s taking over a country for $2 worth of sanctions, I’d say that’s pretty smart.”

He said of Ukraine: “great piece of land with a lot of people, and just walking right in. This would have never happened.”

“Now, they laugh at us,” the former president had reportedly said in reference to America’s adversaries.