When you put on a news show, you are finding out that MSNBC, CNN, Fox and Newsmax all have something in common, they talk and talk and spin Critical Race Theory into the biggest political trend since Russia, Russia, Russia.

Depending on which pundits you believe, education was the number one issue of elections in 2021 and will continue to be a decisive factor as candidates campaign for the important House of Representatives seats in 2022.

Teachers taught it, even if they spoke among themselves, but followed protocol, because they feared harassment from teacher union representatives in their schools and administrators.  Parents knew it, and chose alternative education situations, including private and homeschooling environments.

Even in some of these situations, CRT still existed.

It was just called other names like ‘common core’ or ‘no child left behind.’ Politicians from both parties benefited from it with endorsements from the teachers’ unions and donations to their campaigns from the educational companies that published and/or sold products tied to education.

As many of you know, I am involved in the longest lawsuit against the New York City Department of Education. My case can not move forward because of my attorney’s request for pertinent discovery and witness depositions. Some of the information directly relates to critical race theory and my refusal to teach the lies, opinions, and hate openly a part of curriculum in schools for years.

Hundreds of teachers like me, innocent whistleblowers, lost their jobs for trying to speak up and tell the truth. Educators had paperwork, teacher’s guides, notes from superiors, and the tools used in classrooms that promoted false information and instigated division and prejudice among students, staff, and community.

For years, educators, parents and fellow activists shared with me documentation proving critical race theory was front and center in schools nationwide.

Just a few of the documents included:

A handout teaching that blacks came to America for a better life.

A book called Barry Obama and teaching questionable facts about the former president.

A handout for Black History Month teaching the greatness of Ramses of Egypt, a leader who enslaved Jews and murdered their firstborn sons.

Books that distort Islam and the facts of radical Islamic terrorists, including information about September 11, 2001.

Assignments about Holocaust denial, maps without Israel, and distortions about the 1960s Civil Rights movement.

The way to win the CRT war is to fight it as a nonpartisan issue that needs bipartisan support.

Congresswoman Grace Meng, of Queens, who endorsed AOC last June against a moderate in a Democratic primary recently pointed out that Asians in Queens overwhelmingly voted for Curtis Sliwa over Eric Adams for mayor because of how Asians are being targets of hate crimes and bias with the elimination of NYCDOE’s Talented and Gifted Programs.

Black Democrats did not come out to vote in 2021. They did have choices in the Republican City Council races. Newcomer Vanessa Simon, running in Queens, could have done better if she received funding, manpower, and media support. Black parents in her district formed the Student Improvement Association targeting failing schools in their communities.

Record GOP gains came from grassroots mothers and fathers, students and staff and taxpayers who voted in 2016 and 2020 for Donald Trump.

When he ran in 2015-2016, Trump had an agenda to diminish and/or eliminate the Department of Education.

Cindy Grosz is the host of Cindy’s Political Corner which can be downloaded through iHeartRadio, Spotify and all major podcast outlets.  She is the chair of Jewish Vote GOP. She ran for Congress in 2020 and was an advisor for the National Diversity Coalition for Trump. She can be reached at jewishvotecounts@gmail.com 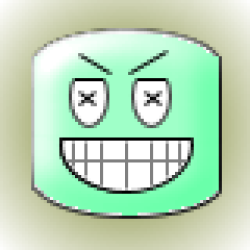