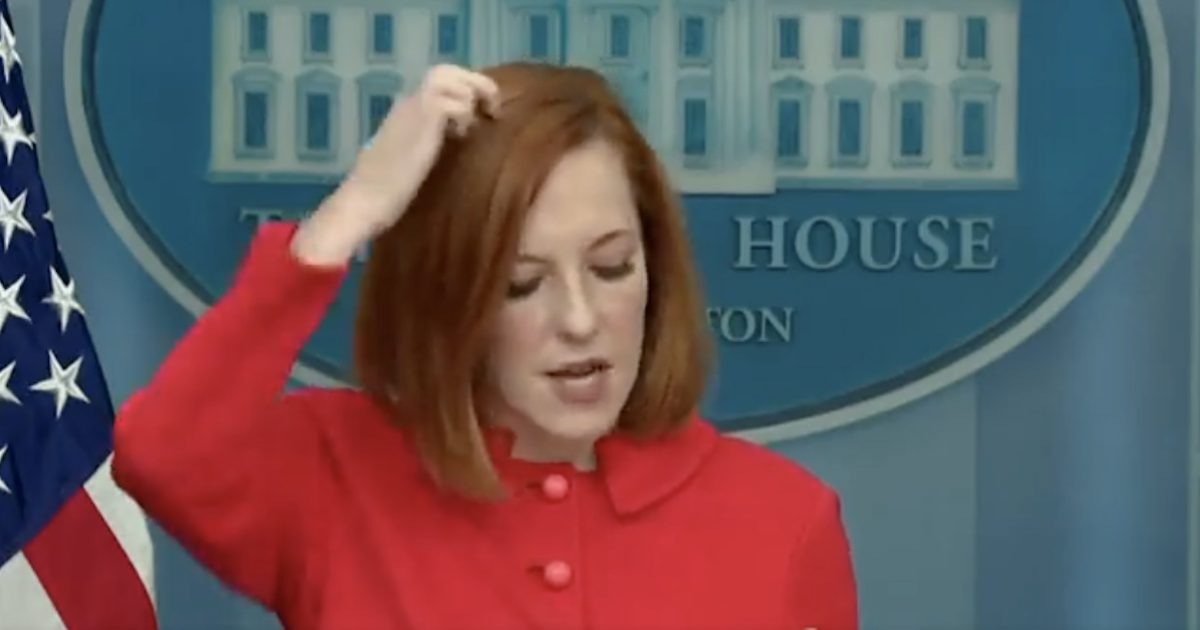 With the latest Consumer Price Index (CPI) set to be released Tuesday, and amid a chorus of media outlets foretelling an “ugly” inflation report that “looks to be a doozy,” White House press secretary Jen Psaki attempted to get ahead of the story Monday as she laid the blame on Russian President Vladimir Putin and the eponymous “Putin Price Hike.”

After already attaining a 40-year high in February at 7.9 percent, a consensus sees Americans bracing for the March report to be no less than 8.4 percent over last year. “Get ready for a nasty inflation report.” Axios wrote before stating the new reading out Tuesday, “looks to be a doozy.”

Bloomberg and CNBC agreed the figure may be worse while Axios added, “The biggest question facing the economy now is whether inflation will come down on its own, or require such aggressive Federal Reserve action as to bring a recession.” At Monday’s White House press briefing, Psaki attempted to contend that the worse report had our economy looking better.

“Because of the actions we’ve taken to address the ‘Putin Price Hike,’ we are in a better place than we were last month,” Psaki argued, “but we expect March, CPA, CPI headline inflation to be extraordinarily elevated due to ‘Putin’s Price Hike,’ and we expect a large difference between core and headline inflation, reflecting the global disruptions in energy and food markets.”

“Core inflation,” she went on, “doesn’t include energy and food prices. Headline inflation does and of course we know that core inflation, you know, energy, the impacts of energy of course on oil prices, gas prices, we expect that to continue to reflect what we’ve seen the increases be over the course of this invasion.”

Of course, that differentiating ignores the fact that, excluding food and energy, a predicted 6.6 percent inflation is still the highest since August 1982 according to Axios.

Fox Business reported that Federal Reserve Chairman Jerome Powell has stated during the Fed’s March meeting that he believes, “The risk is rising that an extended period of high inflation could push longer-term expectations uncomfortably higher.”

In a vicious cycle, policymakers react to market expectations. So if consumers believe rates will increase, it has been suggested that businesses believe they can raise prices and then employees expect to have their wages raised in kind. However, Psaki ignored the fact that inflation was already trending upward and continued to focus on influences the Russian invasion of Ukraine had in the short term.

“Just as an example,” she said, “since President Putin’s military buildup accelerated in January, average gas prices are up more than 80 cents. Most of the increase occurred in the month of March, and at times gas prices were more than a dollar above pre-invasions levels.”

“So, that roughly 25% increase in gas prices will drive tomorrow’s inflation reading, and certainly it’s not a surprise to us, but we certainly think it will be reflected,” Psaki added.

The press secretary’s attempt to jump on the clearer woes of gas prices doesn’t exactly add up with the views of the average American. According to a CBS News/YouGov survey, 86 percent of respondents view inflation as the top reason our economy is bad. 82 percent said gas prices.

Furthermore, the actions Psaki claims the administration has taken to address the so-called “Putin Price Hike” aren’t making a difference to almost two-thirds of Americans who think President Joe Biden could be doing more to lower prices.

But Biden surrogates like Psaki and Powell will continue to deny the reality as the Fed chair said, “All signs are that this is a strong economy, and one that will be able to flourish in the face of less accommodative monetary policy.”